Veterans Day: A Focus on Service

In honor of Veterans Day this month, we are highlighting a few of our Veterans within CWTSatoTravel. Two members of our CWTSatoTravel Leadership Team including President, Greg Harkins, and Director of Traveler Experience, Paul Biggs, served our country for a combined total of over 60 years.

Below is a Q&A with both Greg and Paul. 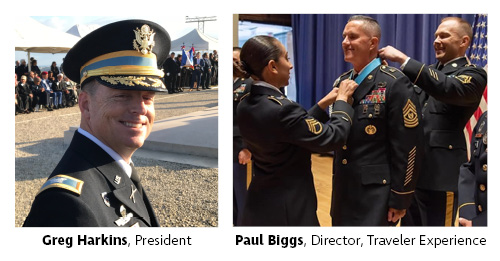 How long were you in the service?

Where did you serve?

Greg: I served in the US Army as an Infantry officer. I served in 17 duty locations and more than 50 countries over the span of my time in the Army.

Paul: I served in many different locations throughout my time spent in the Army. Here is an overview:

Why did you enter the service?

Greg: I was inspired to serve while growing up around the Army. I was looking for a challenge and hoping for a chance to make a difference.

Paul: I was attracted by the college assistance money.

A focus on service

Greg: It was a tremendous honor to serve as an American Soldier, to lead our fine men and women, and to partner with our Allies. The US military receives a level of support and appreciation that is unmatched…thank you for your support!

Paul: Anyone that was or is a member of the Armed Forces did or does so because of one word – Service. What I most appreciate about the opportunity to work for CWTSatoTravel is that we do so in Service of our customers.  Our customers - US Service Members, Civilian Government Employees, and those that support them – are the best customers in the world. 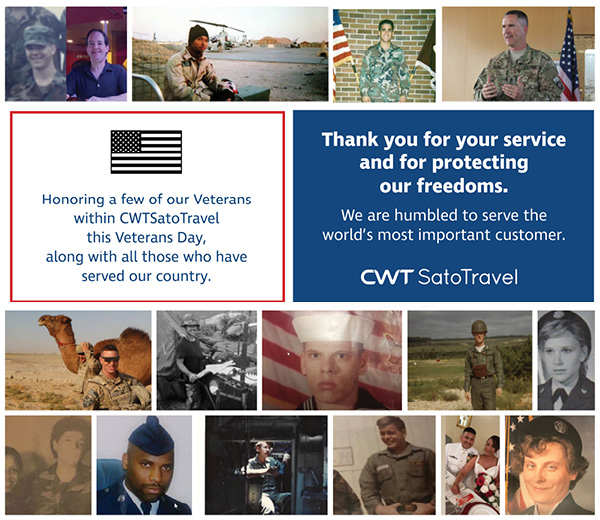 Pictured above are a few of our CWTSatoTravel Veterans.